Scam attempt in our name

We would like to inform you that there are currently more and more fraudulent mails circulating in our name with the sender "Masinger Paul Ph.D" or "Accounting@mekra.de", combined with the request to withhold due payments and to wait for further instructions. This is a fraudulent fake email. If you have also received such an email, please ignore or delete it.

Kick-off to the anniversary year at MEKRA Lang

MEKRA Lang, world market leader in the field of vision systems for the commercial vehicle market, proudly looks back on 90 years of success this year.

On May 2, 1932, Hans and Frieda Lang were married and on the same day they founded their company as equal partners.

The anniversary year deliberately began with a church service and vespers for all employees worldwide, rather than a large celebration for prominent guests only. It is important to the Lang family and the company management to keep things down-to-earth and to honor the traditions that have made the company great, because they are the basis for the innovations that have produced numerous patents and that ultimately also led to the first TÜV-approved and mass-produced mirror replacement system for trucks coming from MEKRA Lang's electronics development department.

So the service was also marked by thanks for the past, for the blessing that the family is convinced is always necessary if something is to succeed, and the small reception was deliberately held with sausages and not caviar snacks, because one does not want to forget the beginnings from which one comes: from a backyard workshop in Fürth, where everything began 90 years ago.

The motto for the anniversary year is:

"When we celebrate, we want others to enjoy it too!"

The employees' families will be particularly looking forward to the big family party in the summer, but there are always activities throughout the year in which everyone can participate. Each month has a theme, and each month the proceeds go to a different cause - topped up in each case with donations from the company . For example, the contributions to the church in May as well as monetary donations in this month are dedicated to the church community for the organ renovation, June with a youth and an adult soccer tournament with "Heinrich Lang Memorial Cup" is dedicated to the promotion of sports and youth, in October there will be events of local cultural artists and the proceeds of the entrance fees and donations will then be used for the promotion of culture, etc. Employees can also look forward to the month of August, which will have the motto "globality", because then it will be all about the global locations, openness to all cultures and nationalities, but also quite practically about delicious recipes from the international branches of the company - the cook in the house makes it possible! Another month will be devoted to health, and another to the environment, social commitment, training and education, and innovation. So not only the employees, but also the entire region can look forward to a colorful offering in the anniversary year. 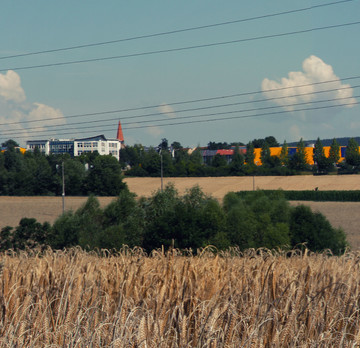